Body care lotions are made from part water and part oil. Anyone who has ever tried to combine the two knows that oils do not dissolve in water. No matter how long you stir, blend, or shake the two parts, they will pull away from each other and separate. Oil and water do not mix, and we add ingredients such as emulsifiers, stabilizers and blend at a warm temperature to help our lotion stay emulsified.

Creating an emulsion that will not separate during the shelf life of the product can some times be a challenge.  He we will explore emulsions and provides guidance on how to create a stable skin care product.

Why create an emulsion?

A common complaint of non-water containing products, such as body butters and balms are they are greasy, heavy and can be grainy. Emulsions allow oils and butters to be applied to the skin in an aesthetically pleasing fashion and offers the formulator a great degree of formulation flexibility and easy modification of characteristics such as viscosity, feel and appearance. Emulsions allow otherwise incompatible ingredients, such as oils, glycerin, actives, to be brought together in the same product.

What is an emulsion?

An emulsion can be defined as a dispersion of one material (usually the oil phase) inside another non-miscible (water) phase. However this is not a natural state – J W Gibbs, On the equilibrium of heterogeneous substances (1878), stated that “the only point in time where an emulsion is stable, is when it is completely separated”. As an emulsion will eventually separate over time, our aim is delay this separation for as long as possible.

Simple emulsions are either oil suspended in a water phase (o/w), or water suspended in oil (w/o). The emulsifier we choose determines whether the emulsion will be o/w or w/o. Most emulsions we make are o/w which are generally, more stable and easier to formulate, and this is the type of emulsion we will be discussing in this article.

What is an emulsifier?

Emulsifiers contain both a water-loving head group and an oil-loving tail. When added to an o/w emulsion, the emulsifier surrounds the oil droplet with it’s oil-loving tail extending into the oil, and it’s water-loving head facing the water. (In a w/o emulsion, the emulsifier’s orientation is reversed.) In this way, emulsifiers lower the interfacial tension between the oil and water phases, and form a protective layer around the oil phase keeping the oil droplets evenly dispersed and preventing them from flocculating.

Cetyl alcohol and beeswax are not emulsifiers!

There are 4 main types of emulsifier:-

– Anionic (O/W), this is where the hydrophilic head groups carry a negative charge. Examples: sodium stearate, sodium stearyl glutamate, glyceryl stearate SE. These types of emulsifiers are however quite old fashioned, not as versatile, some may need a higher pH but on the plus side they tend to be quite cheap.

– Cationic (O/W) emulsifiers are where the polar hydrophilic head groups carry a positive charge, such as behentrimonium methosulfate.  These emulsifiers tend to be used in conditioners and give a silky, velvet, powdery, dry feel.  They can be easier to preserve however some types, for example, the shorter chain monoalkyl analogues may cause irritation.

– Non-ionic emulsifiers (W/O or O/W) are the most common emulsifier type.  They are versatile and because they do not have an overall charge and so are compatible with other emulsifier types.  There is a wide range available and they are generally more stable to electrolytes.

– Polymeric emulsifiers. Examples: sepigel 305, sepiplus 400, simulgel, cosmedia ACE, viscoptima SE. This kind of emulsifier operates differently from the others.  The lipophilic portion of the polymer adsorbs at the oil-water interface, and the hydrophilic portion swells in the water forming a gel network around oil droplets.  They are used alone or in combination with traditional emulsifiers.  If used as sole emulsifier without waxy ingredients they create gel-creams, serums.  They have a number of advantages, they are cold processable and so save energy and are quicker to process.  They have a lower usage level than traditional emulsifiers.  However the main downside is they are usually sensitive to electrolytes and sometimes shear.  However this category of emulsifier is getting more and more popular and can also be used to stabilize and thicken as well as to emulsify.

How do we know our emulsion is sufficiently stable?

An emulsion could separate at any time. Tell-tale signs may appear during or soon after making the lotion or, these signs may appear months later, perhaps when a customer takes the product on vacation to a warmer climate:

It is not realistic for a formulator to wait 1-2 years to check whether their emulsion is sufficiently stable. To speed this up, a 3 month stability test can be performed. As any changes in a lotion will take place faster at higher temperatures, samples are put at different environmental conditions which include a range of temperatures from 4°C (39°F) to 40-45°C (104°F-113°F). Typically the samples are checked at 2, 4, 8 and 12 week intervals. If the product has changed little in 8 weeks at elevated temperatures, it will likely last for a year at room temperature.

How can we create a sufficiently stable emulsion?

To prevent droplets from reuniting once they have been formed, energy barriers must be erected that either prevents the oil droplets from colliding or from fusing if they do collide. The barriers are erected by adding emulsifiers and can be maintained by adding stabilizers.

Our natural lotion and cream tutorial provides key steps on creating an emulsion as well as formulas.

The steps below detail some of the key steps towards creating a sufficiently stable emulsion.

Step 1: Use an effective blend of at least two emulsifiers

Use at least two emulsifiers or a pre-made blend. Two emulsifiers means more emulsifier molecules can adsorb at the emulsion interface resulting in a higher packing density and so more stability.

Some emulsifiers, especially those marketed as “natural” can be tricky to work with and, despite the ingredient supplier’s promises to the contrary, struggle to form a stable emulsion. The term “emulsifying wax”, (otherwise known as “ewax”), is a vague and general term as it can consist of different ingredients. Some ewaxes advertised as “self-emulsifying” or “complete” are not in fact self-emulsifying and another emulsifier needs to be added. Your supplier should reveal the INCI names which make up the emulsifier blend to enable you to check the ingredients. Examples of the INCI names of some emulsifier blends and combinations which are generally regarded as effective are:-

Natural emulsifier blends and combinations which are generally regarded as effective include:-

Some formulators use the HLB system to tailor make their own emulsifier blend to fit their particular oil phase however there are quite a few downsides to this approach.  The HLB system cannot be used with anionics, cationics and liquid crystal emulsifiers.  The HLB system does not provide the amount of emulsifier to use.  It does not work well for emulsifying waxes, polymeric emulsifiers and does not account for use of fatty alcohols and there is no consideration of effect of temperature or electrolytes on the HLB of ethoxylates.

Step 2: Use sufficient quantity of emulsifier

The emulsifier forms a layer over the droplet and ideally should completely cover it and remain firmly adsorbed. The amount of emulsifier needed for a particular formula depends on the droplet size (ie, surface area), the emulsifier efficiency, and the composition of the two phases. When using the the majority of the emulsifiers mentioned in Step 1, a general starting rule is to add the emulsifier blend at around 25% of the total of the oil soluble ingredients with a minimum of 3% total emulsifier, and a maximum of 7%. (Please be aware that oil soluble ingredients may also be found in the cool down phase).  For other emulsifiers, it is advisable to check the manufacturer’s data sheet.

Step 3: Strengthen the oil/water interface and slow down the rate of coalescence using thickeners and stabilizers

Thicken and stabilise your formula by adding 0.3% xanthan gum (and/or 0.3% carbomer), together with 2% or more cetearyl alcohol.  (If you click on the ingredient names you will be taken to some articles about these two essential ingredients.

Step 4: Use high shear mixing at the right temperature

For a stable emulsion, the oil droplets should be small and uniform as possible. The higher the mechanical energy used during the manufacturing process, the smaller and more even the droplet size. The high shear Silverson homogenizer is ideal for this application, however, a more economical option for the homecrafter is an ordinary stick blender. This high shear mixing usually commences when the water and oil phases are combined at around 167°F/75°C.

Some preservatives which are surface active, such as caprylyl glycol, ethylhexylglycerin, pentylene glycol can affect stability.  pH can also impact stability, for example, some emulsifiers are sensitive to a pH lower than 5.  Electrolytes, such as aloe vera, green tea, sodium lactate, magnesium “oil”, can also have a negative impact.

Undoubtedly, every formulator has experienced unstable emulsions. Emulsion stability is influenced by many factors including emulsifier type, concentration, thickeners/stabilizers and method of preparation.

Our natural lotion and cream tutorial provides key steps on creating an emulsion as well as formulas.

Stability testing ensures that our product meets the intended physical, chemical quality standards as well as functionality and aesthetics when stored under appropriate conditions. 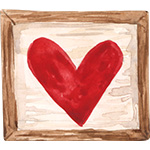